Skip to content
Home » Books » Poems From a Tractor Seat

Clifford Etheredge was a farmer in West Texas for many years. Even after a farming accident took his right arm, he continued to farm. Cliff likes to read and write and started writing down his thoughts and poems. He feels they are profound and wanted them in print so that other people could enjoy them.He has two published books: “A Hundred Years of Rattlesnake Hunting” and “Rhymes and Reasons.” His autobiography will be available soon.

Order Now!
About the Book 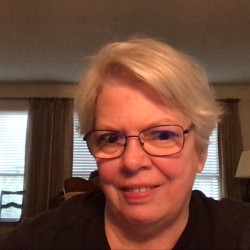 Preview
Disclosure of Material Connection: Some of the links in the page above are "affiliate links." This means if you click on the link and purchase the item, I will receive an affiliate commission. I am disclosing this in accordance with the Federal Trade Commission's 16 CFR, Part 255: "Guides Concerning the Use of Endorsements and Testimonials in Advertising."

Did Barbara need an Open Heart? Upon learning of Barbara’s upcoming open-heart surgery, Karen told her it was the quickest way to an open heart. This was not the journey that Barbara would have chosen, but it was now her journey.

Here are the surprising insightful poems, observations and thoughts of Cliff Etheredge, a one-armed Stetson hat-wearing former cotton farmer from West Texas. His thoughts about life, struggle, unfairness, honesty, conviction, morality and love flow from his left hand onto the paper with seeming ease. The reader of this collection of poems, one-liners, stories, and startling impressions will never know what to expect next as thoughts of very different natures and niches of life unfold. One poem doesn’t necessarily take the same tack as the last one. Style is not an issue – understanding and conviction are. One may have rhymes, another may not. One may be a four word statement of moral conviction, another a novel capturing an entire life and character in only four sentences. Some are puzzling, some are zingers, capturing in a few lines something you always knew, bu had never considered. Some you read three times and still don’t seem to get it, bu you know it is there. The book is not too long, the poems are not long, but they are concise and to the point and deeply understanding of life’s dilemmas. Once the first poem has been read, it is nearly impossible not to go ahead and read the next one, then the next one, then the next one. — Bill Wiman, Distinguished Professor Emeritus, University of Texas at Austin

If you want ONE place for all of your lists, this journal is for you!